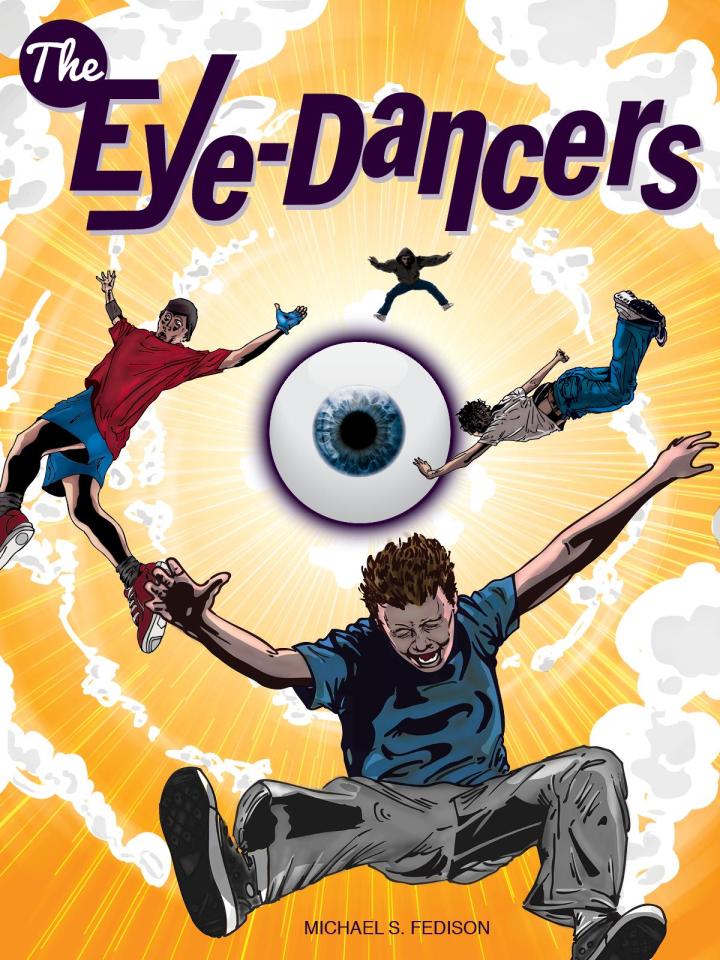 As many of you know, Michael Fedison is our flagship independent author, and has been since long before we launched black CATastrophy. Naturally, we’re proud of the work we’ve done with him, and how much we’ve contributed to spreading the awareness of his brand and his books.

So since a review from us would likely be overwhelmingly biased in his favor, we decided to take a different approach from the 1 – 5 star setup. We’re sharing five of the toughest lessons you’ll come across in his debut novel, The Eye-Dancers.

Let’s see how well we can pull this off without giving too much away! 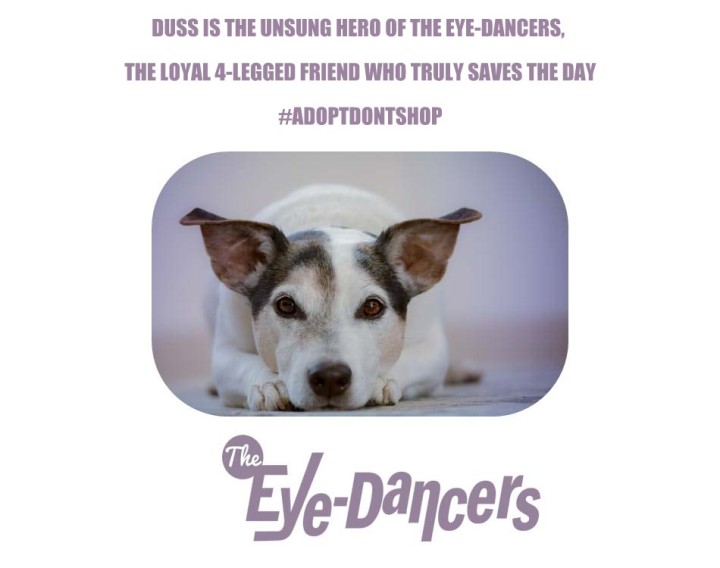 In The Eye-Dancers, there are two main canine characters. The first one we’re introduced to is Dusty, Joe Marma’s golden retriever. When he is transported to a parallel universe by the mysterious young girl with the swirling blue eyes, we are introduced to the second dog to win his heart, Duss.

Joe, usually the unpredictable firecracker of the book, has a surprising soft spot for animals, and rescues Duss from a group of bullies the only one way he knows how — fighting. Thereafter, Duss faithfully follows him around and plays an instrumental role in keeping the boys together, and saving their lives.

But, while the old saying goes that dog is man’s best friend, when the mystery is solved and the problems resolved, Duss chooses a new master, leaving Joe out in the cold. Joe is forced to accept that the dog he loved and rescued, now belongs to someone else.

In the start of The Eye-Dancers, Mitchell struggles to understand and come to grips with his parents’ failing marriage. Not only does the idea of a divorce fill him with dread, but all the many loud and angry fights leading up to it, is a source of constant embarrassment.

Later on in the book, after the boys are transported to Monica’s world, they meet another couple struggling to overcome the loss of their child. Their grief at first unites the couple in common cause to commit an atrocious act, but later pits one against the other, when the wife’s conscience awakens, and they no longer see eye-to-eye.

3. Self-Acceptance is the First Step to Self-Improvement 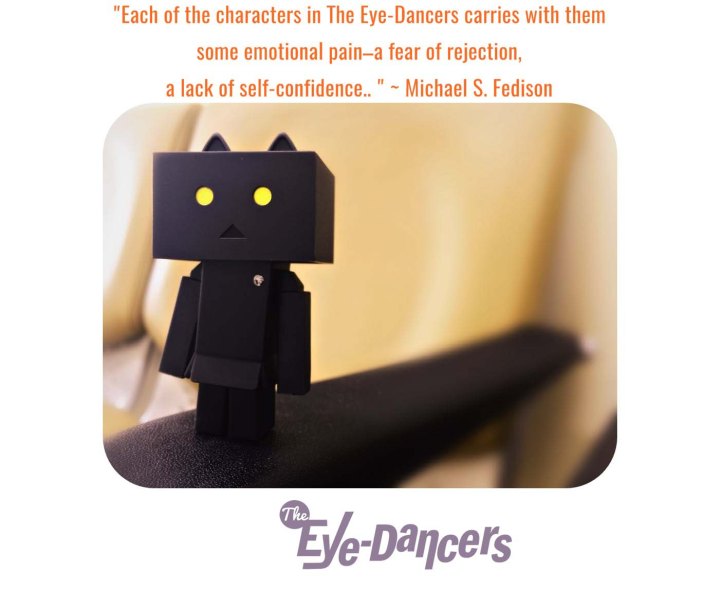 The Eye-Dancers is peppered with the common feelings of self-deprecation teenagers often berate themselves with.

While the road to self-improvement is long and treacherous, each character must first come to terms with their vices, before they are in any place to move forward. Their ability to do so inevitably decides the fate of not just each other, but the young damsel in distress they must rescue.

4. Respect is Earned, not Given

The need to be loved and impressive and admired throughout the book is closely tied with a desire to be respected. Ryan and Marc especially, must learn that respect is earned, not given.

In order to gain respect from his peers, and respect for his theories, Marc must first learn humility and accept that science — or at least, what he knows of it — cannot explain everything.

Ryan also only learns to respect himself, and gains the respect of Joe, after he finally finds the strength to stand up to his friend. Despite Joe’s initial anger with him for preventing the fight, and the bite of embarrassment from walking away, he nonetheless respects that for the first time, Ryan isn’t just content with being the yes-man.

5. Sometimes Villainy is Born from Desperation, not Evil 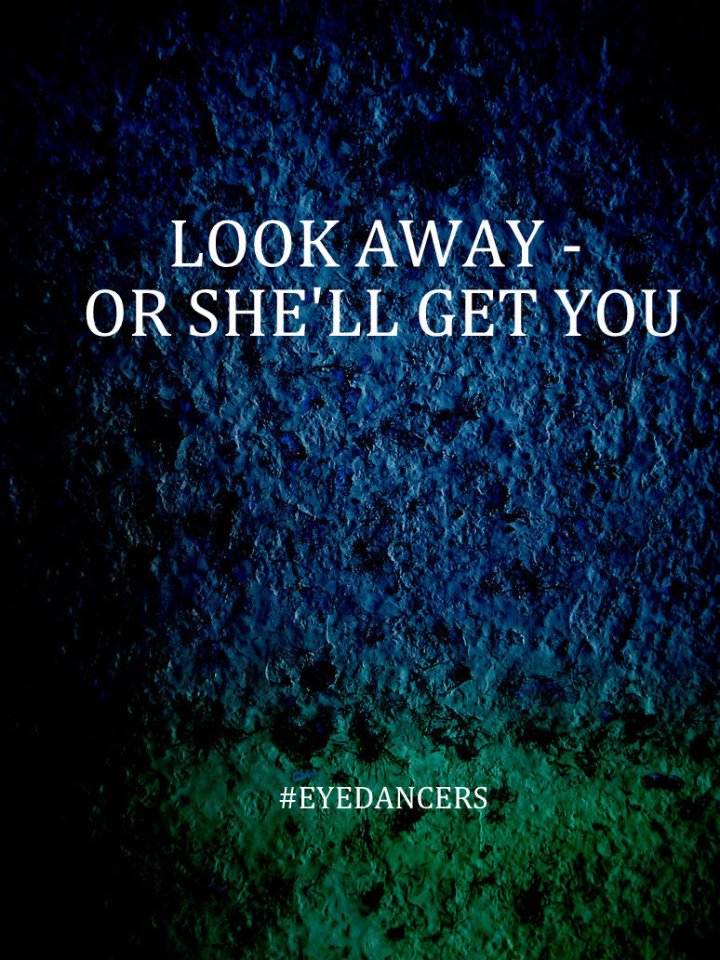 When the ghost girl with the swirling blue eyes transports the four boys to her world, they are faced with the task of finding and rescuing her. Something local law enforcement, and neighbors have been unable to do. They, however, can communicate with her.

When Monica is eventually found, the boys are faced with something they had not prepared for. Her kidnappers were not evil, but desperate, depressed, and delusional. They come to not only forgive the kidnappers, but also to sympathize with their cause.

Nevertheless, Monica’s rightful place is with her parents, and the boys’ place is back in their own world. And so, they must bring the little girl home, in order to find home, themselves.

Despite being intended for younger audiences, The Eye-Dancers tackles bigger issues that outlive and outlast the middle school era. It does so in a way that — while compelling children (and adults!) to ask the bigger questions — is still written without the unnecessary complexity that often follows.

Have you read The Eye-Dancers?

Camera test from my #solotrip to New England. Had to get a selfie stick since paparazzo @rumcreamgod was absent. Thanks to @bulle345 for making the suggestion back on our trip to Cali. #November31 #AskMeHowIGotHere

Alexis Chateau is an activist, writer, and explorer. Follow her stories of trial and triumph at www.alexischateau.com.