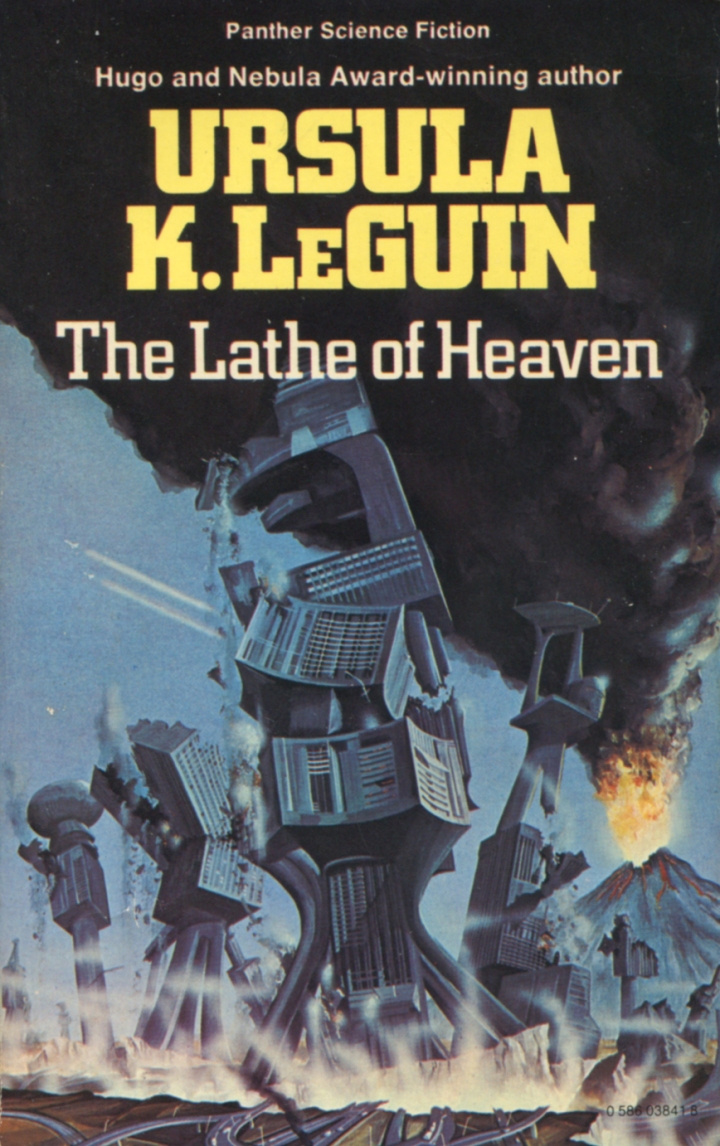 The Lathe of Heaven by Ursula K. Le Guin
My rating: 5 of 5 stars

This book’s lead character, George Orr, runs afoul of the law for borrowing the prescription cards of friends and acquaintances. But Orr isn’t a run-of-the-mill junky out to get prescription painkillers. Instead, he’s taking medications to keep from dreaming, because Orr’s dreams change reality—sometimes in subtle, and sometimes in drastic, ways. Of course, the world would be chaotic if the dreams only changed the present, but they also retroactively change the past to be consistent with the new present. Orr is the only one who remembers both the new and old timelines, but he’s not happy with these god-like powers–especially given the chaotic and unpredictable possibilities that arise from the subconscious mind. Not unexpectedly, Orr is reluctant to tell anyone this because they will think he’s mad.

Orr gets assigned to voluntary therapy…